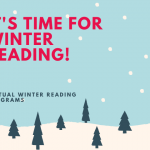 Please join us virtually for winter reading. This Winter Reading program is designed for youth age 5 to 12 to encourage life-long reading habits. The theme for the books is SNOW! We have included a suggested reading list for elementary and middle level readers; feel free to select other books at your reading level which have snow or winter themes–eBooks, audiobooks, and graphic novels all count. Once you’ve earned enough points you’ll receive a completion certificate you can print and a prize! Contact the library when you complete the program.

Earn badges and unlock mini games for every book you read.

Contact the library for a curbside pickup prize upon completion of the program.

Please call the library with questions about how to register and use READsquared to complete the program.

This program is made possible by a Stewart’s Holiday Match grant. 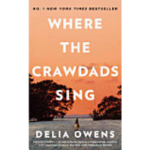 Where the Crawdads Sing, the bestselling novel by Delia Owens, was one of the most borrowed books at TOJ Library in 2019, but there must be many who missed it. Or for whom it is still on a TBR list.

The novel is set in North Carolina marsh country in the 1950s and 60s; it is structured as two related narratives which the reader expects are moving toward each other. The main story, which begins in 1952, is thoroughly engrossing as it follows a young girl, Kya, as she grows up mostly on her own in the marsh; the second, set in 1969, follows a criminal investigation. Kya’s coming-of-age story is completely absorbing, and so is the book’s deep evocation of place, its flora and fauna:

“Ducking beneath the low-hanging limbs of giant trees, she churned slowly through thicket for more than a hundred yards, as easy turtles slid from water-logs. A floating mat of duckweed colored the water as green as the leafy ceiling, creating an emerald tunnel. Finally, the trees parted, and she glided into a place of wide sky and reaching grasses, and the sounds of cawing birds. The view a chick gets, she reckoned, when it finally breaks its shell.”

It is perhaps not surprising to learn that Owens is a zoologist, but it may be surprising to learn that she spent most of her adult life in Botswana and Zambia, rather than in North Carolina. She has written about her experiences studying wildlife in Africa in nonfiction works, including Cry of the Kalahari (1984). Crawdads is her first work of fiction. She has said of her novel, “It’s about trying to make it in a wild place.” 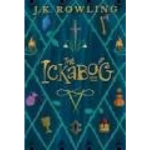 The Ickabog has arrived at TOJ Library. This is J. K. Rowling’s first children’s book since the last installment of Harry Potter, Harry Potter and the Deathly Hallows (2007). Born as a bedtime story for Rowling’s now-teenaged children, The Ickabog is a fairytale set in the kindgom of Cornucopia and features a creature called the Ickabog. 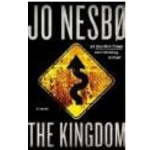 Fans of Jo Nesbo’s may want to listen to Jo Nesbo Talks About The Kingdom from The New York Times. Jo Nesbo is the popular Norwegian author of crime novels. Nesbo’s previous novels include The Bat, The Redbreast, The Snowman, Phantom, The Thirst, and Knife from his Harry Hole series of novels. His stand-alone works include The Son and The Kingdom which was published this year.

In a 2017 New York Times “By the Book interview,” Nesbo suggested that he reads somewhat randomly–that he doesn’t plan out what he will read next: “Except for research, I don’t plan my reading. I read whatever’s on top of the pile on the floor by my bed. How they got there in the first place is often hard to recall.” That’s my favorite way to read. 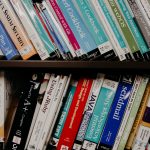 A few nonfiction titles came in this week, including The Moth and the Mountain: A True Story of Love, War, and Everest by Ed Caesar, and A Promised Land by Barack Obama.

The Moth and the Mountain depicts an Englishman’s quest to be the first person to climb Mount Everest. Obama’s presidential memoir A Promised Land is the first installment in a planned 2-volume series.